This is the English version of the previous post (2018年末随笔).

It is the end of the year 2008, an unusual year. It is surprising that we even think the year is too long, that is, everyone experienced too much, and it feels like many years. For me, think about the trips, I had been to Copenhagen, Vancouver, California, Berlin, Seattle, Taipei, Shenzhen, Hangzhou, Shanghai… Many friends asked me, “Have you been flying for a whole year?” Finally, in the Christmas season, the mailbox has been calm down and looks like I could have a rest now.

At the end of a year, every mobile app sent out their ‘bills’. My favorite work-out app, Keep, concluded my year with the phrase “unbelievable will”– 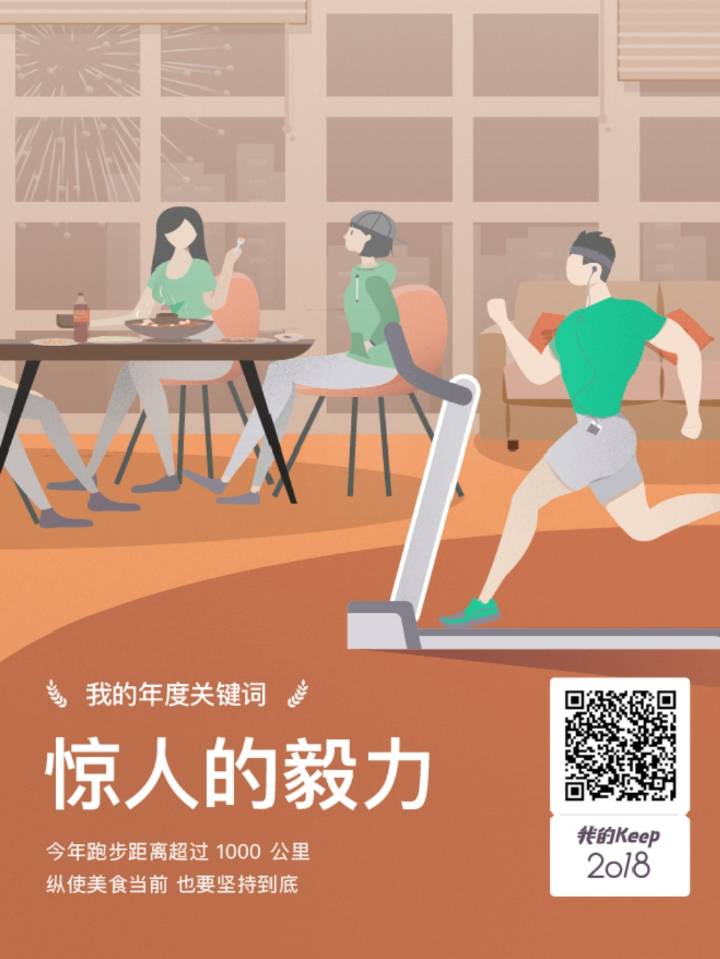 Actually, they give the phrase to every user having run more than 1000km in the year, but it indeed shocked me. I ran again that day, and was thinking during the run–

Have I become a guy I used to despise?

I am a guy that has always felt excellent about myself, however, I have never expected I could do anything unremittingly. I am tagged as “chasing new stuff” after all. I think one should win with advanced power instead of unremittingly trying. Have I changed?

In the evening, I opened my Google Photos Album with my daughter, and the pictures took me back to the beginning of the year. In the first day of the year, three old guys climbed to the south end of Phuket Island to catch the first sunshine in 2018:

The three guys may be the oldest in the team at that time, but are we really old? Though we have many stories in our mind, we have not stopped to recall the stories, and we are still hoping we could do better in the future, and we do still have the passion to watch the sunrise of a new year. We are still young, right?

Then, without the pictures, it is hard to believe I have been on so many stages in one year: 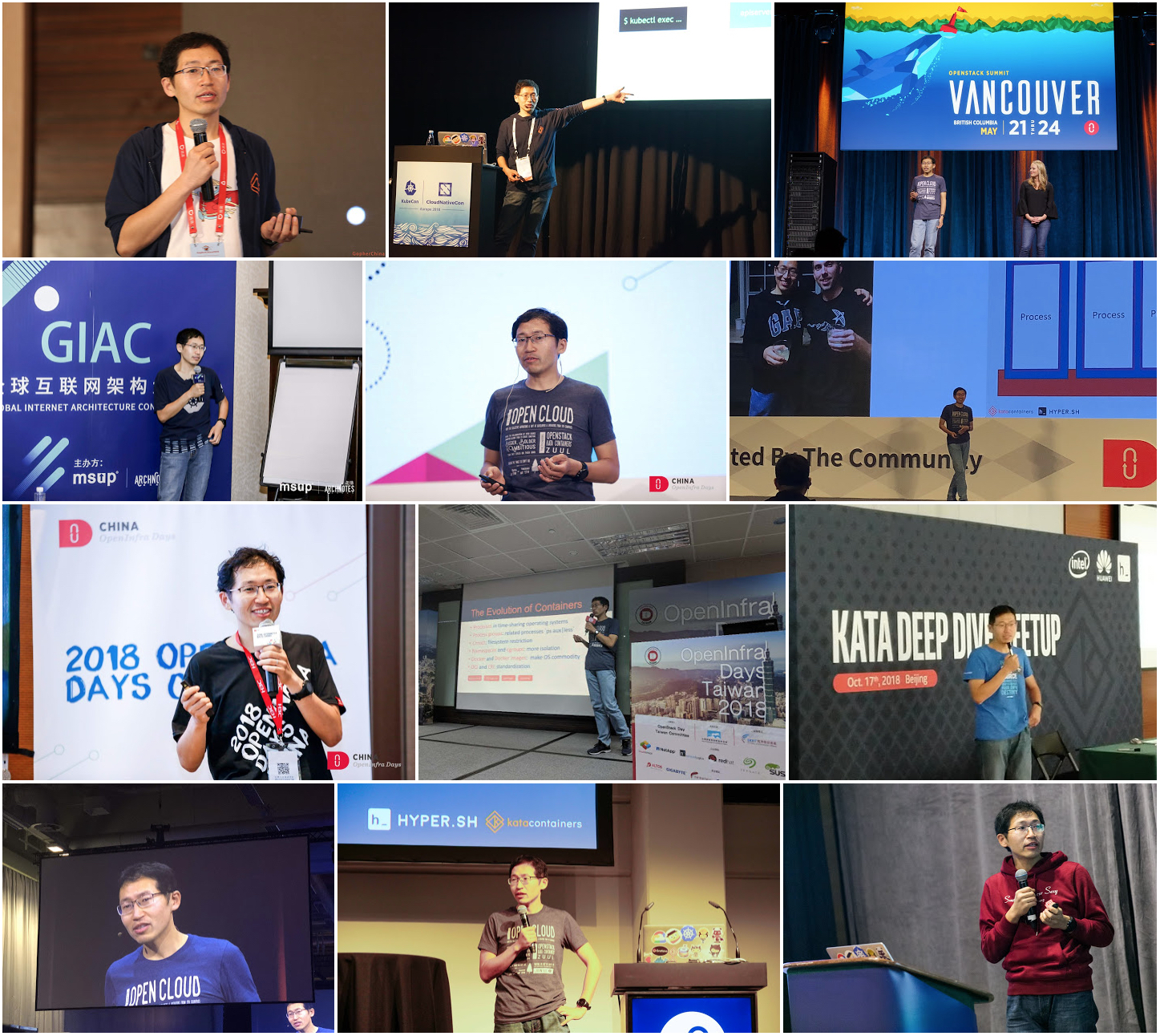 Beijing, Shanghai, Shenzhen, Taipei, Copenhagen, Vancouver, Berlin, and Seattle. I heard this incantation from a girl at the backstage in Vancouver Summit. This is really wonderful year – I visited so many places, gave presentations, and met so many friends: 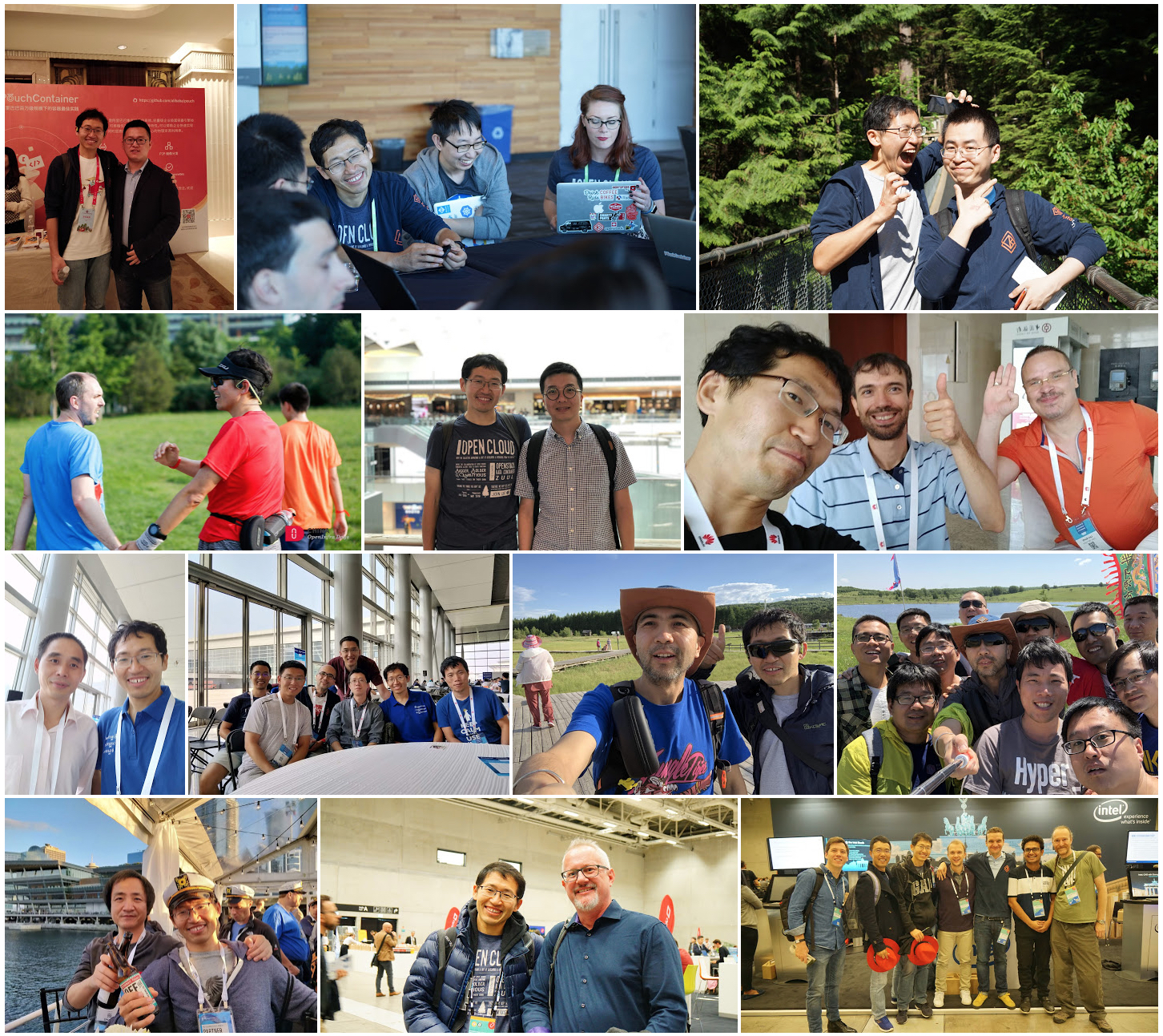 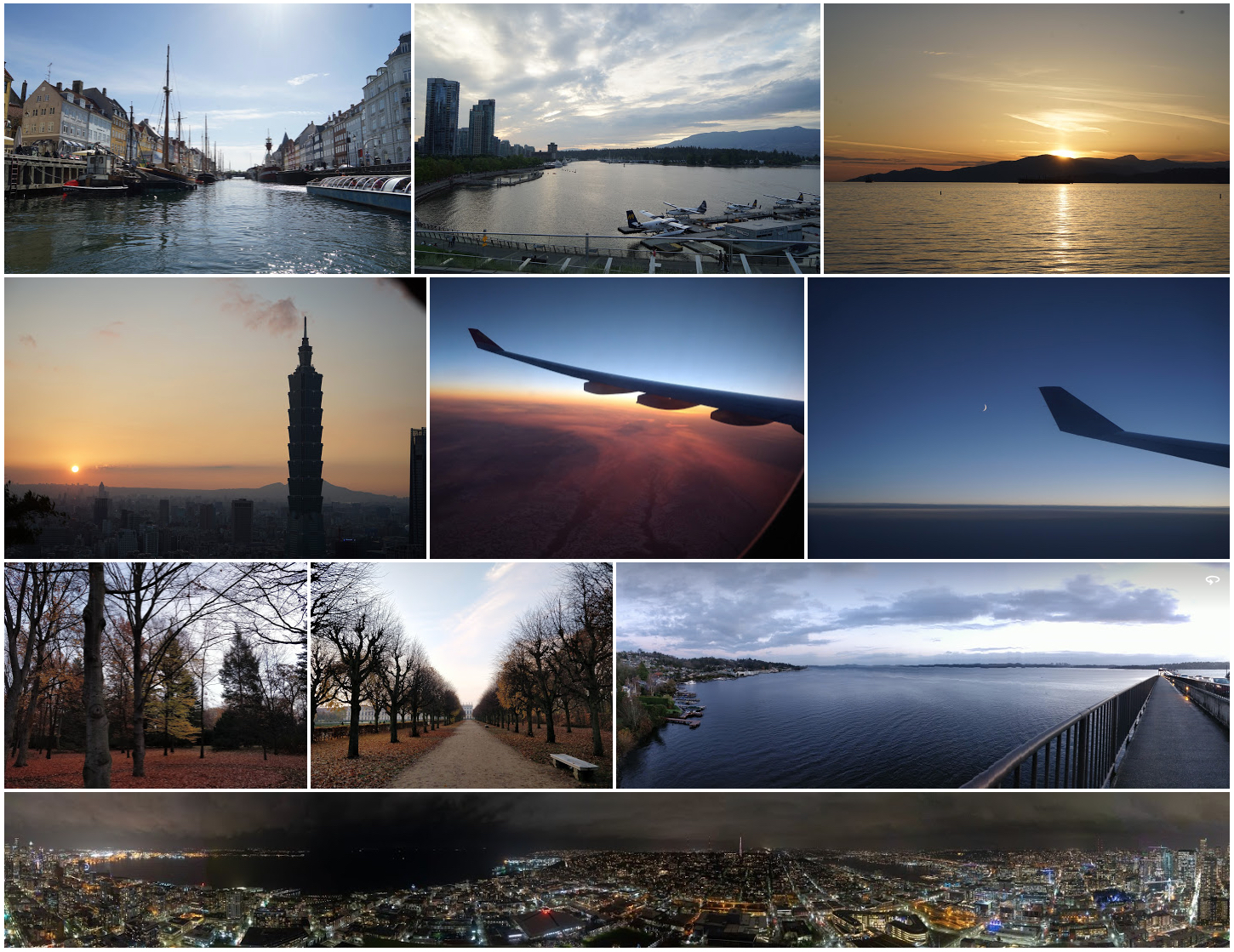 The landscapes of the places are impressive as well. There is an interesting change on my view of distance since I began to run: for places in one or two kilometers, I think it’s pretty close; and for places in 10 kilometers, I treat them as “can run to there”; while for places in less than 20 kilometers, I can reach by bicycle. I ran and climb around the cities I visited and took most of the above pictures during running: the seashore of Vancouver, the sunset of Taipei 101, the lake view of Seattle, the canal in Copenhagen, and the fallen leaves in Berlin. In Berlin, thanks for the jet lag, I got up 3am every day and went out to run at dawn. I changed to different route every day in the week and posted the pictures in wechat moment, and I called it “cloud tourism” for the followers. What I want to say is running is a game to keep seeking new stuff instead of bothering repeat. Of course, I took many selfies in the year: 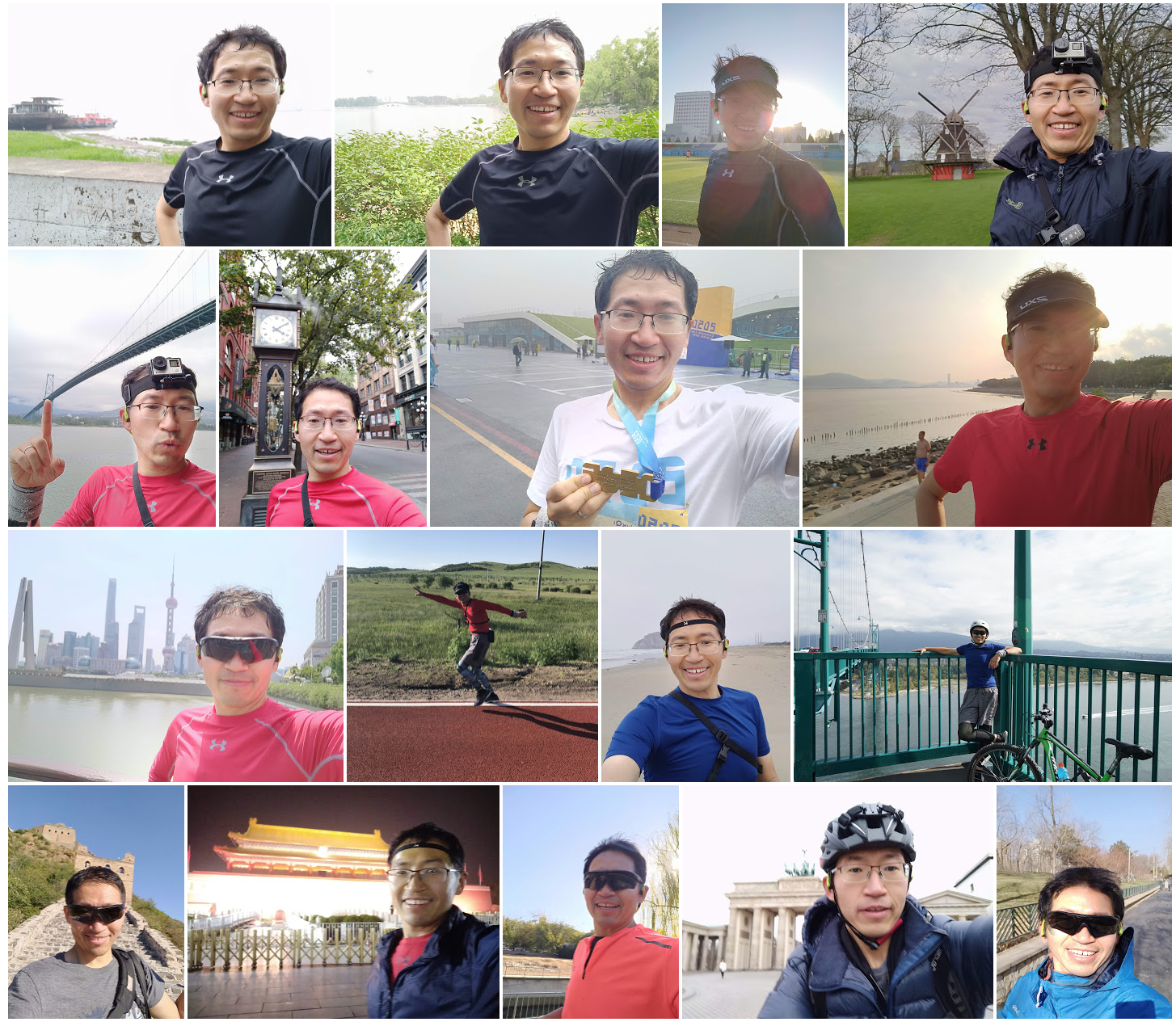 In the past year, I refreshed my personal record of 5km in the 2050 conference (the Morning Run: Chasing the Sun) in Hangzhou, and refreshed my personal 10km record in the Xitucheng Park close to my office by the end of the year. During the Golden Week in October, I refreshed my distance record, and I ran over 200km in a month in November for the first time. Finally, I finished the 1600th kilometer of the year on the last day. Almost all my records are broken in 2018, and I wonder what can I do in 2019. By these activities, I lost more than 50lbs in two years. The most significant change in me is much more selfies, moreover, I began to try the fly pos:

However, I am still a fat man in my mind, just I am not so fat temporarily. I want to fly, and I know I should never stop. I should keep climbing like this snail:

No matter how hard the climbing is, it is super happy to accompany with the kids (when they are not making mistake). They grow up in the year:

The happiest thing for me is, though I kept traveling in the year and was always lack of sleep, I didn’t disappear in my family, and the two kids are still like to ask me to do anything and share their experiences with me. Both my wife and I are still healthy and have a young heart. In the coming year, the four younger people will working hard together. 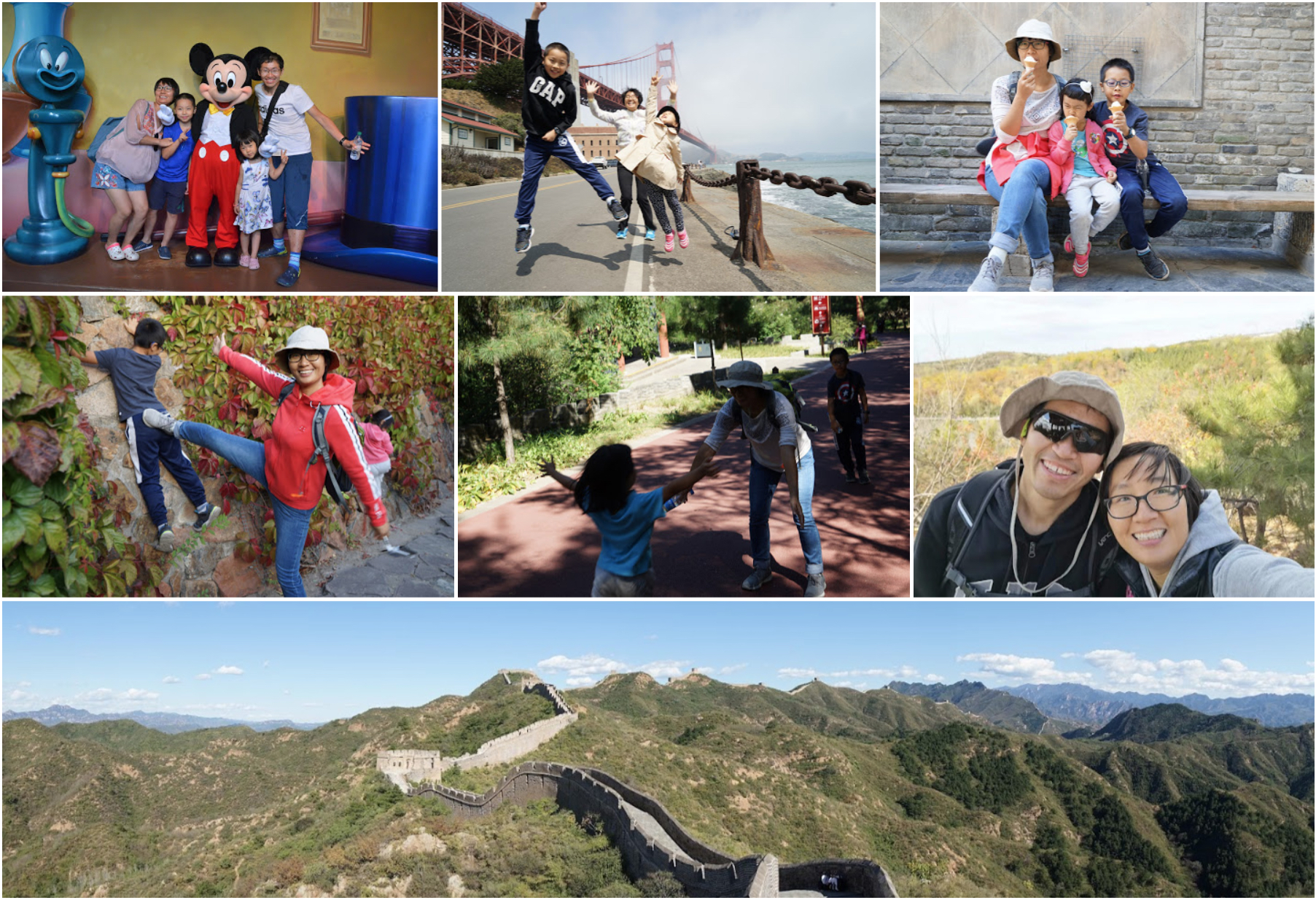 Back to the question at the beginning, I think I was changed in some aspect, I paid more attention to the family and healthy; However, I keep unchanged in general, I still treat myself as a fat guy and still want to be better in the future.